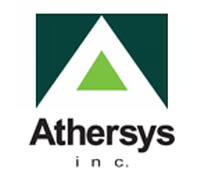 On the heels of a steady stream of corporate developments in October that showcased the promising data that continues to build regarding its MultiStem® cell therapy, Athersys, Inc. (NASDAQ: ATHX) announced Thursday morning that its subsidiary, ReGenesys BVBA, recently received the BioProcess International Award for the “Technical Application of the Decade” in Manufacturing for its use of an automated bioreactor system for the production of MultiStem.

The company joined the ranks of several major companies to be recognized for significant achievements across a variety of categories, such as Bayer Healthcare and Technology Services and GE Healthcare.

The work conducted by ReGenesys scientists, with the support of Terumo BCT of Lakewood, Colorado, demonstrates that MultiStem cell therapy can be successfully manufactured in an automated bioreactor system. Unlike other cell therapies, MultiStem may be manufactured on a large scale, allowing up to a million or more doses to be produced from a single donor. The unique biological characteristics of MultiStem allow for substantial expansion of the cell product in culture, while maintaining potency and product consistency.

Athersys is currently evaluating MultiStem for a variety of indications in clinical trials, including a Phase II trial in partnership with Pfizer, Inc. (NYSE: PFE) as a potential new therapeutic for Inflammatory Bowel Disease.  Other ongoing clinical trials include evaluation of MultiStem as a new therapy for treating  ischemic stroke (ongoing Phase II); complications associated with traditional bone marrow or hematopoietic stem cell transplants, such as Graft Versus Host Disease (GvHD) (Phase I recently completed with Orphan Drug designation from FDA); and damage from acute myocardial infarction (Phase I completed, Phase II authorized to start).

A clear leader in regenerative medicine, Athersys remains “committed to building on [its] inherent expansion advantages to develop the best-in-class commercial manufacturing platform to supply the many therapeutic indications for which MultiStem could be developed,” according to Dr. Deans.

Athersys is aggressively investigating several other diseases and conditions for which MultiStem could prove a therapeutic benefit to patients who have limited options.  Peer-reviewed scientific publication Journal of Neuroinflammation recently described preclinical study results demonstrating that administration of MultiStem cells modulates the inflammatory environment that follows traumatic brain injury (TBI), by reducing immune cell and cytokine activity associated with inflammation.  Further research needs to be conducted, but if clinical trials later validate the preclinical research, MultiStem could provide unprecedented benefits to the 1.7 million TBI patients annually, many of whom may face slow recovery, or secondary tissue damage due to inflammation, as well as long term disability.

Additional results from preclinical studies have also illustrated potential benefits of MultiStem to treat spinal cord injury (SCI), a debilitating and expensive condition that currently affects about 1.2 million patients in the U.S., with an estimated 15,000 to 50,000 new cases added annually.  Results from animal models involving SCI from contusion in the thoracic region, showed that treatment with MultiStem one day after the injury resulted  in significant and sustained improvement in gross and fine motor function compared to controls in a ten-week study.  The results were presented in October at the Society for Neuroscience annual meeting in New Orleans.

Athersys researchers also presented data at the Second Midwest Conference on Stem Cell Biology & Therapy in Rochester, Michigan highlighting preclinical research demonstrating that MultiStem potentially could be a viable treatment in multiple sclerosis (MS).  Although there are several therapies currently available to treat relapsing-remitting forms of MS, there are no therapies to treat the chronic progressive forms of the disease.  However recent results suggest that MultiStem may have potential in the area, from studies conducted with the support of the National Multiple Sclerosis Society and Fast Forward.

The company will be discussing these latest advancements as well as the status of its multiple clinical trials during its third-quarter earnings conference call on Thursday, November 8, 2012 at 4:30 PM Eastern Time.  Interested parties and shareholders are encouraged to participate.  The call can be joined on the Athersys website or by following the information provided in the company’s press release.