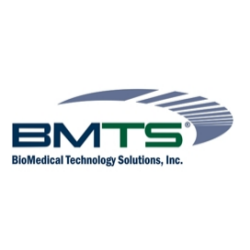 Traders know how easily low float companies can have price per share move quickly. Investors are always searching for a company with large potential that are growing, but still not in the sights of the general mainstream. Within the biomedical waste industry, there is a company that meets both of these demands in the constantly growing and lucrative business of disposing of biomedical waste.

Colorado-based BioMedical Technology Solutions Holdings, Inc. (BMTL.OB) operates through its wholly-owned subsidiary, BioMedical Technology Solutions (“BMTS”) and possesses a technology that is quickly gaining in popularity as it provides a cost effective, “green” alternative to biomedical waste management to millions of facilities worldwide. The Demolizer® II system is a compact and portable unit that, through a heating process, treats both sharps and biomedical waste to sterilize and render the waste as common trash, effectively eliminating up to 100% of the costs associated with costly haul-away services. The size of a desktop copier, and easier to operate, the unit, which plugs into a standard wall outlet, even prints all required documentation that is mandated to show proper disposal of the biomedical waste.

Recently the Company released earnings which showed that the third quarter of 2010 produced revenues that exceed the year prior quarter by 107%. Additionally, operating expenses were significantly lowered by 38%. Even with the increases in revenues, BMTS is just beginning to hit its stride within the industry. There are more than one million facilities, including medical facilities, assisted care facilities, schools, sports arenas, airports and veterinary clinics, to name a few, that are potential consumers of the Demolizer® II unit. Globally, it is estimated that there are more than 5 million additional opportunities.

With environmentally-friendly technologies becoming the standard worldwide, and in many cases mandated, this patented technology of BioMedical Technology Solutions could continue to see exponential value. The Demolizer® II is gaining traction as displayed through press releases that detail the United States Air Force and U.S. Department of Veteran Affairs incorporating the Demolizer into operations. Major medical corporations such as Hospital Corporation of America and U.S. HealthWorks also are using and praising the benefits of incorporating the Demolizer into their facilities.

Today, BMTL announced the signing of another major distribution agreement with GroupSource which will spread the word about the proprietary Demolizer® II units to more than 130,000 physician offices in the United States. Adding further strength to the new agreement is the correlation of Henry Schein, one of the Country’s largest medical supply distributors, to both BMTS and GroupSource. Henry Schein already is a partnering distributor with BMTS and also works very closely with GroupSource, which will give a “three-fold” marketing strategy to facilitate even greater sales.

With the understanding the companies, such as $7-billion market cap, industry giant, Stericycle, began small, only generating just over a million dollars in revenues a year early in its development, BioMedical Technology Solutions appears to be well-positioned to make large strides within the industry. While others scramble to find ways to safely dispose of biomedical waste that they haul-away (polluting the air and charging excessive amounts because of all the expenses involved with trucking), BMTS possesses the new age of biomedical waste disposal. The other simple fact of large corporations acquiring other companies to keep a competitive edge certainly adds a different level of appeal to BMTS. In its 21 years of existence, Stericyle has acquired more than 50 companies with its most recent being Healthcare Waste Solutions for $245 million in cash a few months ago.

Trading at 30 cents per share with less than 8 million shares in the float, investors may soon be turning their attention to this “under the radar” company with a solid, patented product that is already being used by the U.S. government as well as hundreds of other facilities.